A new way for DJs to discover digital dance music

Stay ahead. Save time. Get music from everywhere in one playlist. 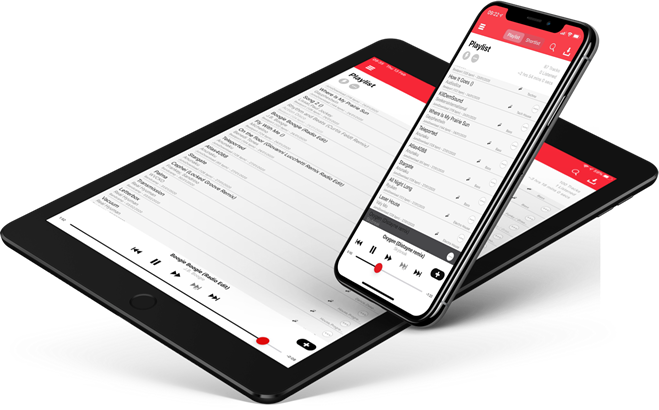 Stay bang up to date with new music from everywhere that matters including the exclusives from every store.

Save time listening to the thousands of tracks released every week by using the advanced playlist features.

Listen on the move

Make the most of your time by digging for new music on the move with the mobile version and all your devices.

Save money with the integrated shopping cart that organises all your shortlisted tracks to show where they are the cheapest.

Ready to get started?

In this weeks Trackhunter podcast you will find the latest breakbeat , deep techno and progressive house mixed by Brenden Jones..

The latest Trackhunter is curated by Tat and features everything from hard hitting Techno to subtle Acid House and Synth-pop influenced 808 Electro.

A selection of some fine techno and house tracks, some banging and some to get lost in

Over an hour of deep progressive house and melodic sounds can be found on this weeks latest Trackhunter podcast ..

The latest Trackhunter podcast digs deep in the last few week's releases on the Bleep marketplace to uncover everything from deep melodic and tribal electronics up to banging breakbeats and electro.

Another month of the latest quality house and techno, some serious bangers and also some laid back vocal gems

If you eat, sleep and dream about dance music like we do, you'll get a proper kick out of our blog.. stories, interviews, reviews you name it, if it's worth reading, it's here.

Essential gifts for DJs this Christmas 2020

Many people will be familiar with the Danish lifestyle of Hygge, where you embrace comfort and find pleasure in the simple things in life. Even though that ideal is tied to the winter months, Copenhagen resident Kenneth Bager epitomizes all of those wonderful things all year round as an artist and label owner. His career spans back to the mid 1980s and it’s clear his enthusiasm for making music and DJing has not waned in that time. His Music For Dreams label has launched careers, built a reputation for beautiful and timeless music that transcends his native Denmark, whilst ..

If things do go well over the next two months, and fingers crossed they will, then hopefully we’ll have a full summer season of outdoor dance music events to explore. So in anticipation at Trackhunter HQ, we have picked the best party for each weekend from the Summer Equinox right up to early Autumn.

There’s not much that Berlin based DJ, Producer, record label and store owner Cinthie can’t turn her hand to and make it a success. With an umbrella of hot record labels, Cinthie has continued to be a creative force in 2020 despite the massive impact of Covid on dance music. Her long awaited debut album Skylines Citylights on Will Saul’s AUS imprint perfectly captured the range of Cinthie’s talent as a producer. Driven by a passion for House music and vinyl, Cinthie has worked with luminaries such as Róisín Murphy and Paul Johnson. Over two decades Cinthie has carefully h..

Trackhunter picks out some of the labels that have excelled in 2020 and offer great things going forward in the new year for fans of Techno, Electro, House, Disco, Acid and Rave

Andy Barton has been one of Techno and Electro’s hardest working men in the past decade. As both scenes have flourished he has beavered away in the background running his Bass Agenda imprint and popular radio show on Juan Atkins’ Deep Space Radio. We were lucky to catch up with Andy in what has been a watershed period for the label with the monumental CAREBOT$ release that not only brought together over 100 artists from the electronic music scene but also raised valuable funds for NHS and Médecins Sans Frontières.

Essential gifts for DJs this Christmas 2020

You don’t need us to tell you that it’s going to be a strange Christmas but that won’t stop us and our yearly tradition to trawl around the web to find the best end of year gifts for DJs, dance music fans and producers alike.