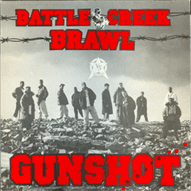 When UK Hip Hop Found Its Own Voice

Stormzy made history in June to become the first UK rapper to headline the Glastonbury Festival, which given the calibre of headliners at the world’s most famous outdoor arts event was no mean feat. There is no doubt he deserved to be on that stage after building up a tremendous following since breaking through as the Best Grime Act at the 2014 MOBO Awards. As with much underground and black music it is built upon previous generations of music. The foundations of Grime’s British sound can be traced back to the first wave of British Rap acts in addition to Rave and Garage House. The period between 1990-1994 was quite intense for UK Hardcore Rap after it broke off the shackles of the previous decade where a lot of the embryonic UK scene had struggled to deliver anything of note without an American accent. Instead a new sound emerged called Britcore and inspired similar styled Hip Hop productions in Europe. At Trackhunter we wanted to explore that period of time and showcase the artists and tracks that left an important historical artefact for future generations and broke boundaries that helped forge the first authentic UK identity in Hip Hop. 30 years on since these acts started to appear it’s a testament to the legacy they built that allowed UK Rap to grow and evolve into the huge scene it is today.

Starting life in Leyton in East London in the late 1980s, the trio were to hit the scene like a ton of bricks with their intense debut on the wonderfully eclectic Vinyl Solution record label. Backed up by a strong picture sleeve featuring Gunshot and crew on the top of a rubble hill, it is striking but not nearly as powerful as the track. Intense, angry and full of funk it still stands up today with incredible lyrical skills from MC Alkaline and Mercury. It’s all backed up by incessant cuts and scratches by the talented White Child Rix. There is also a half decent but scratchy copy of the promotional video on YouTube if you search for the track, again instilling where UK Rap was in 1990. Even better is that Gunshot returned after almost 20 years in the wilderness with a stella 7 inch titled Sulphur with an album for Naked Ape Records called International Rescue. They may have mellowed in the last 30 years but they have not lost any of their talent or ability. It truly is great to have them back. 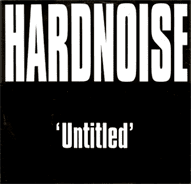 As their name suggests, there is very little compromise about this most hard hitting of UK Rap acts. Taking the break from Dyke and The Blazers ‘Let a Woman be a Woman - Let a Man Be a Man’ and adding The Incredible Bongo Band’s ‘Apache’ and mixing it with breathless raps works up an incredible energy with the side product being one heck of a hardcore break track. Arabic horns come in and out of the mix whilst the DJs in the crew deliver fierce scratches and cuts that work really well. After two proper releases they disappeared with just a dubious Italian House track by Wood Allen sampling chunks of their Untitled rap as their only other output. In 2012 they resurfaced on Gibo Productions but sadly only as tracks that had been recorded 20 years earlier. Other 1990’s artefacts were released on the same label - which specialised in re-releasing old school UK Hip Hop - in 2013 and 2016. 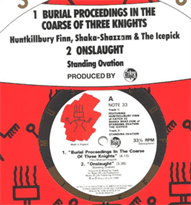 The 3 Knights in question were creatively named Huntkillbury Finn, Shaka Shazam and Icepick. Sharing a double sided platform with Standing Ovation on Simon Harris’ seminal hip hop label Music Of Life, it is one of the most under-rated UK Rap records of all time. The instrumental is pure dynamite and to some extent overshadowed the vocal version as it struck a chime with dance floors across the UK, not just hip hop clubs. One of the funkier Britcore releases but no less effective as the trio showcase their own rap styles across the space of just four minutes. The track was given special treatment in 2014 when a digital release featuring eight updated renditions came out on Stay On Target Records, all of them delivering a fine new peerspective of this legendary tune. 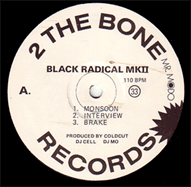 By 1989 UK Rap was starting to really establish itself beyond those first rumblings from the likes of Newtrament and the excellent ‘London Bridge Is Falling Down’ in 1983. Yet for the most part it was still lacking much of the power and energy that was coming across from the other side of The Atlantic. At a period when Public Enemy and Paris were speaking about social injustice it was only a matter of time before the UK unveiled their own Chuck D. Combining a funky but deep groove with a social message, ‘Monsoon’ was as powerful and thought provoking as anything Paris delivered - it was that good. 30 years on and sadly it’s a real shame that much of the social injustices and inequalities that Felix Joseph raps about is still relevant today. Produced by Coldcut and featuring more sublime scratches by DJ Mo - it is arguably one of the great UK rap records of all time. Three albums and a few 12 inches followed, whilst quite notably Monsoon was championed by BBC Radio 1’s John Peel. Unlike the rest of his fellow DJs, he heralded UK Rap music on national radio better than anyone. 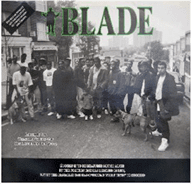 Another rapper championed by John Peel and like Black Radical MKII an artist whose first outputs came out in the late 1980s. Released on his own 691 Influential label (which I recall John Peel recounting stories of Blade selling his records on the street corner). It is part of a five track EP of raw hip hop that showcases Blade’s lyrical ability and once again captures UK underground rap in the early 1990s. For the most part, Blade hasn’t deviated much beyond his own label apart from the odd excursion into collaborations with T Power and The Herbaliser, among others.

An interview with the infamous Wax Nerds collective

Following on from last month’s Trackhunter feature on the first real wave of British Hip Hop we leap forward three decades to a collective of DJs and producers from the infamous Wax Nerds collective. ..