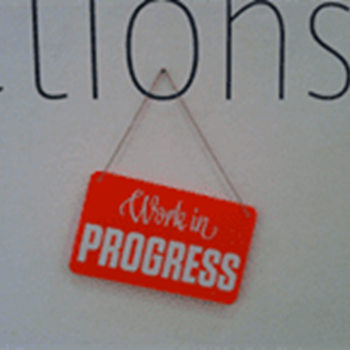 While I'm waiting for approval from Apple to release the iOS (iPhone, iPad and iPod Touch) version of Trackhunter 1.7.4 I thought I'd take the opportunity to let you know what new features I'm working on for the 1.8 release. It’s a big step forward supporting iOS and I use it on my iPhone a lot. It is also nice to be able to concentrate on building some new useful features...

What am I working on?

I'm excited to say that I'll be introducing support for Soundeo.com, I'll be adding a new Skip Label button and a way to quickly exclude skipped artists and labels from further fetches. If it doesn't push the release too far away I'll also add a way to exclude tracks found on compilations.

How could it be good for you?

Adding support for Soundeo will give you access to even more music, you may or may not want more choice and if you want to not miss the gems Soundeo will no doubt be offering you can.

The Skip Label button will help folks crate dig much faster if you like to dig by label.

When used for some time being able to quickly exclude skipped artists and labels will help keep the number of tracks down. Obviously it comes with some risk of missing a gem so I'll look at introducing an improved way of easily reviewing the filters from time to time in a not too distant release.

The ability to exclude tracks contained on compilations would help keep the tracks more recent as compilations usually contain tracks that have been released before. Again there is an element of risk, compilations do contain unreleased tracks from time to time.

Where am I with it?

The first thing I'll look at adding is the Skip Label button which should be simple. Discussions with Soundeo have been completed for now and they have offered technical support to help get it in if needed which should make things go smoother. I need to do some deeper analysis on Soundeo before I get a good picture of the effort involved but I do know that it's a different pricing model to the other sources in Trackhunter right now. That will take some effort to price tracks so they sit in a useful way with the others.

Adding a way to quickly create filters for skipped artists and labels will also take some thought to allow quick skipping of labels and artists without creating filters too.

Analysis is needed of all the existing sources to work out how to accurately identify tracks which are part of compilations, I suspect some sources will be easy, some more difficult and maybe some impossible at the moment.

How far away is it?

Given that I have to do so much analysis you've probably already guessed that it's hard to give an accurate estimate of how far away it is. Gut feel tells me the Skip button and Soundeo could be finished in a couple of weeks. Filter creation and excluding compilations in another 2. I'd like to say it will be ready for release early March and it could be. I do have to take into account there will be some effort to monitor and support the AutoSync service which is important for the imminent iOS version. Let's hope I prepared the service well enough!

Try Trackhunter on Mac or Windows right now for free

This is the start of a new series of short articles I'll publish every so often to keep you informed of what's going on behind the scenes with Trackhunter. Sometimes it may look like I'm taking a brea..

Trackhunter Features in Development: Getting feedback

I want to get closer to Trackhunter users and better understand what's needed to make it an even more useful tool for DJs to find new underground digital dance music. So, the next release is mainly ab..