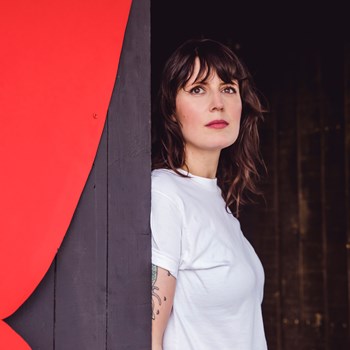 There’s not much that Berlin based DJ, Producer, record label and store owner Cinthie can’t turn her hand to and make it a success. With an umbrella of hot record labels, Cinthie has continued to be a creative force in 2020 despite the massive impact of Covid on dance music. Her long awaited debut album Skylines Citylights on Will Saul’s AUS imprint perfectly captured the range of Cinthie’s talent as a producer. Driven by a passion for House music and vinyl, Cinthie has worked with luminaries such as Róisín Murphy and Paul Johnson. Over two decades Cinthie has carefully honed her skills as a DJ and producer and we were really lucky to speak to her at Trackhunter as she gives us an insightful and honest interview.

I don’t want to focus on the mess that has been 2020 too much but how has it been for you as an artist, DJ, record store and label owner?

It was a little bit of a rollercoaster last year but when I look back it wasn’t too bad at all. Especially because of no touring I was able to strengthen the bond between my daughter and myself and to start my private life again. Luckily I also never only focussed on just being a DJ. People called me crazy sometimes with all the things I was doing, but I love to keep busy. I work best under pressure ha ha. But with the pandemic I was able to shift over work from DJing towards producing more and pushing my Elevate Record store to another high, which I’m really thankful for. Record sales have skyrocketed, and my labels are doing great which gives me the opportunity to support more unknown or up and coming artists and some friends.

Lockdowns in the UK and other large countries have impacted the whole dance music sector. Germany seems to have managed things somewhat better than most, have you been able to keep your Elevate Records store open for much of the year?

Yeah it seemed like that we handled it a bit better here in Germany, but believe me, it’s a real mess now in lockdown as we still have high numbers. Let’s see what's gonna happen. I was able to keep my store open for most of the time and even during lock down I was able to keep my opening hours to wrap up orders and locals can still come and pick up their orders.

Record stores remain important hubs for music scenes and fans, even as an owner, do you still get that original buzz when you go into someone else’s store?

Oh yes, I love to dig for records. It felt like I lost it for a bit but whenever I'm in my store or in another store I still get this really nice feeling. Also it makes me very happy when I see they are selling records from my labels. I’m also a big fan of communicating with people, this whole internet stuff is not really my thing. I do social media posts and I like it, but nothing beats a real conversation with a real person in a store. I guess I am old school, am I? 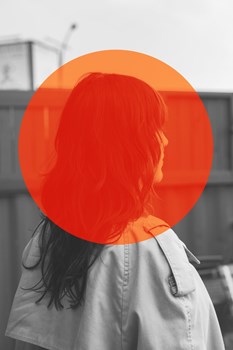 Have you changed how you approach music production and other aspects of your work since the start of last year and the pandemic?

Not at all, I’m still doing the same stuff. I was working really hard on improving my workflow in the last couple of years to get faster with the results I want as my time is limited with my daughter etc. I think I'm doing pretty well now and it took a bit of time to get my new studio under control. I’m coming from a very technical background as a software developer and I’ve also worked for Ableton for a while but each instrument has its own secrets and it needed time to get to know all of them. But now it’s working out well and I still wanna get much, much better and maybe even play live someday.

Your first full album, Skylines - Citylights dropped last year to great reviews. Was it a conscious decision to wait until now to produce your first LP, and can we expect a follow up?

I always wanted to make an album but that needs time. I wanted to focus on more single EPs first and see what the reaction was first. It doesn’t really make sense to have two, three singles and then put an album out and find out that no one is interested. Stuff like this needs time. Maybe not 20 years like it took for me, but I'm not in it for a short sprint anyway. I love moving up tiny bit by bit. So last year after all of my EPs I had a lot of tracks sitting on my computer and I thought the time was right. There will definitely be a follow up. I’m just about to sign up for financial support from the government here who support projects like this. I want to release it on my own imprint 803 Crystal Grooves this time and a bit of money that covers my studio rent and mastering, pressing etc would be nice. Who knows when we will be able to play again. I already got enough tracks on my computer for another album.

After working strictly with the 12 inch EP format for the last two decades, did you approach the longer form any differently?

Hmm not really, I still wanted to keep it aimed at the dance floor; as this is what I love and this is also what people know me for. Of course, I didn’t want to present 12 straight dance floor bangers, so with the album I wanted to show a wider spectrum of what House can be. Disco, Garage, Acid House, Deep and then of course show a different side of me with the laid back opener Skylines or the more break driven Flashback track.

You’re clearly a scholar and fan of pure House music and can easily switch between House Music, Deep House, Acid, Disco and Techno production. When you go into the studio is it usually reflective of what you’ve been listening to that week or are you more likely to have stored up a few ideas that result in a longer session?

It usually depends if someone has pissed me off or not. I usually produce more Techno when the post office messes up some of my orders ha ha… I'm joking but seriously, it really depends on my mood. I always try to put a bit of soul into the tracks, I’m not sure if people can hear it, but also the track names can be very personal sometimes and say a lot about my mood or what happened recently in my life. For example Mornings in Melbourne, I wrote after I played there for New Years Day and I tried to catch that vibe. The track Trust was written after some friends had really messed with me and I wasn’t sure If I'd be able to trust people again.

You’ve been actively involved in remixing other artists, especially over the last two years. Is this something you’d like to do more of, and if so, is there one particular artist you’d love to work with?

I’m doing it a lot at the moment, which is cool, because it's a different way of working for me and listening to the original track is a good learning process of how other people made their tracks. I’m definitely remixing more and during the pandemic it’s another really good source of income for me. Not really sure who I would love to work with in the future. I think I have already worked or I am going to work with everyone I wanted to work with.

It must have felt very special to have worked on House legend’s productions such as Kerri Chandler and Jesse Saunders alongside established European artists such as PBR Streetgang and Mark Broom?

Oh yes , especially when I found out my biggest inspiration Paul Johnson was on the remix duties as well for the Jesse Saunders release. Also remixing the great Róisín Murphy was such an honour.

Vinyl continues to have a revival and enjoyed another brilliant year, you’ve long been a big fan and advocate of the format. What is it that you like most about the humble record, as a fan and as a DJ?

I mostly like the community thing around it. Especially for House music it's still the number one medium. There is nothing better than bringing another DJ colleague your latest release on vinyl, they remember that forever. Also going to a record store has a lot to do with community and communicating and culture. Sometimes it's funny when people talk about music culture and all they do is ask for free mp3 promos. Don’t forget that the record stores are also as important as clubs. Also my workflow is different when I play records. It’s like riding a bike and I'm too old to remember names of tracks I wanna play if I play digitally. 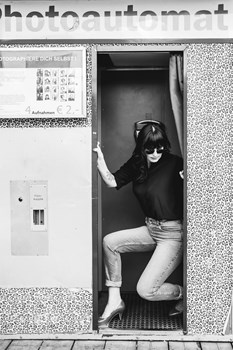 You run and are involved in several labels, what can we expect in 2021 from 803 Crystal Grooves and We_r house in the coming year?

A lot of great releases on all of the labels. This time it won’t be as dance floor style as usual but I just trust my taste.

Breaking through as a young teenager in the 1990s, you’ve been in this industry for over two decades, what would the 2021 Cinthie say to her younger self just starting out as a DJ?

Don’t be so shy! I was terrible when I was young. You have to remember there were mostly guys in the industry and I really had to work my way up. But it was fun!

No doubt you discover lots of great music through the store and by getting DJ promos. For the rest of the music you like and play, where do you usually source it?

I only sell records at the store that I would also play in my sets. So it's easy for me to dig for new music for my sets. I’m unfortunately very terrible with digital promos. Not sure why but they always disappear in my mind while the records last forever.

We’re looking for enthusiastic dance music DJs to take part in a research study to understand how DJs discover new dance tracks.
We need DJs who are building a career in the music business and actively growing their fanbase.

If you're interested and are NOT male between 41 and 55 years old (we've got enough of those) then we want to hear from you please!