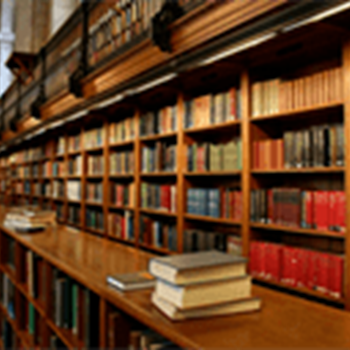 The science behind club culture

Believe it or not, a lot has been researched and written about club culture by academics. At Trackhunter we thought it would be good to delve into some of the academic literature relating to club culture. Why should academics be concerned about club culture and dance music? Well for a start we are always trying to understand ourselves as a species, it is part of being human, and academics in social sciences and humanities spend a lot of time trying to understand why we do what we do. Secondly, many students and academics take a personal interest in some areas of their research, many are and were clubbers. Club culture and dance music are topics of huge interest, so why not publish research on these areas. Whilst club culture is also closely associated with drug use, so to understand people's drug habits then it can only help to understand the context where they may take drugs, that often being in the clubs.

This is a first part and in a few weeks time we will focus the lens on other areas relating to club culture, most notably the music and DJing. For now we'll take a look through some of the literature that has been published in the last couple of decades and provide references below so you can follow them up yourself should you wish to.

Many who have spent a long time involved in any kind of youth movement, such as dance music see it as some kind of rite of passage, a ritual. Christina Goulding and Avi Shankar wrote in 2011 about 'Club Culture and Ritualised Behaviour' for The Annals of Tourism Research. Obviously looking at it from a tourism angle, they wrote: Since its birth on the Spanish island of Ibiza in the early 80s club culture has evolved from a countercultural hedonistic experience (rave) to a global, commodified sector of the tourism and leisure industries. They suggested that: "clubbing has a quasi-spiritual element to it based on the components of; mythology, formulism, sacredness, communitas and transformation." We're quite sure that the party masses on the famous White Isle will share that sentiment.

Heidi Campbell followed a similar premise for her book 'Religion Online: Finding Faith on the Internet'. Campbell cited the Online Missionaries Project writing: "Many people find the clubbing experience offers them a sense of sanctuary, a place to begin and continue the journey of spiritual enlightenment and experience of the transcendent." Another research paper that looked at the connection between religion, spirituality and club culture was authored by Stella Sai-Chun-Lau. Again mentioning the White Isle, Churched Ibiza: Evangelical Christianity and Club Culture, it was published in the journal Culture and Religion. Lau carried out her own field work on Ibiza (nice work if you can find it) and investigated spirituality, community in relation to music and the mystification of the music by clubbers. 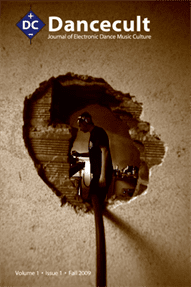 This whole article could have been just a collection of papers that have been published in the Journal of Electronic Dance Music Culture. Yes you read that right, there is a journal called just that. Sadly the journal seems to have ceased in late 2015 and had published 12 issues in its six year history. One paper was titled: Spaces of Play: The Spatial Dimensions of Underground Club Culture and Locating the Subjunctive. Authored by Alice O'Grady, she wrote in the abstract (short summary of the research) that: "the article positions the underground party as a playful arena, a spatial construct that offers a context for moments of individual and collective transformation that are expressed and experienced performatively."

Club culture across the globe has also been written about in academic circles. The Sydney Dance Music Scene and the Global Diffusion of Contemporary Club Culture was published in 2009 in the journal Trans/Forming Cultures (e-journal). The author Ed Montano focused on the more commercial elements of club culture as he felt that: "The development of contemporary, post-disco dance music and its associated culture, as representative of a (supposedly) underground, radical subculture, has been given extensive consideration within popular music studies. Significantly less attention has been given to the commercial, mainstream manifestations of this music." Looking at a local scene (Sydney) he came to the conclusion that: "It can be somewhat difficult for local DJs and producers to establish themselves, and thus a certain tension exists between the local and the global."

The next article we discovered looked at the black sheep of club culture, drum'n'bass and produced the most impressive word of the search. 'Heterocorporealities' Popular Dance and Cultural Hybridity in UK Drum 'n' Bass Club Culture. This piece of work by Joanna Louise Hall was her PhD for The University of Surrey in 2009. Hall penned a 280 page thesis on the topic of drum'n'bass with the conclusion that: "The identities produced in the Drum'n'Bass club can be characterised as an embodied carnivalesque where notions of dirt, aggression, explicit sexuality (in the performances of female dance troupes) and ambivalent attitudes towards the practices of criminality, play an important role in participant's parodic and subversive activities." It sounds like the author had one heck of a night out! Finally a paper by Peter Kvetko at The University of Texas at Austin wrote about The Emergence of Dance Club Culture among Indian-American Youth. Kvetko looked at desis and hip hop culture in the United States and the emergence of hybrid sounds such as bhangramuffin music which was popularised by Apache Indian in the 1990s.

Tip of the research iceberg

If we dig even deeper by looking at the literature these authors sourced for their own research we are likely to reveal even more academic works about club culture. The main point about the article is to show that club culture has reached far and wide and does deserve the attention of serious academics, that it is more than just body music. Whilst many may look from the outside and not fully understand the importance of club culture to the millions who live, breath and experience dance music, these kind of papers may offer some insights into its complexity. Of course many of those outside and inside academia won't want to conceptualise their culture, for them it is quite simple, dance and have a good time – and really, what is wrong with that?

Campbell, H., 2004. This is my church. Seeing the Internet and club culture as spiritual spaces. Religion online: Finding faith on the Internet. Available at:

Kvetko, P., 2003. When the East is in the House: The Emergence of Dance Club Culture among Indian-American Youth. A South Asia Graduate Research. Available at:

O'Grady, A., 2012. Spaces of play: The spatial dimensions of underground club culture and locating the subjunctive. Dancecult: Journal of Electronic Dance Music Culture. Available at:

Pfadenhauer, M., 2009. The lord of the loops. observations at the club culture dj-desk. Forum Qualitative Sozialforschung/Forum: Available at:

Previously in Trackhunter we put forward the hypothesis of whether the illegal acid house parties could have happened in the internet age. We came to the conclusion that it would have struggled to hav..