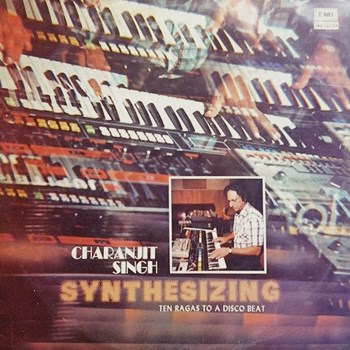 The most expensive dance records on Discogs

It’s incredible to think that dance records would ever change hands for such exuberant prices as they do now. Yet one look at Discogs and it’s obvious that some post Disco records have in the past gone for thousands of Pounds. We know about the kind of money old Soul, Rock and Roll vinyl has exchanged for in the past. Dance music post 1986 and the advent of House has resulted in a wealth of vinyl releases, the majority of which would go unsold in a charity shop basement for one Pound. The actual number of releases and labels have continued to grow at an incredible rate, although the number of records pressed grown as the scene diversified and moved toward digital. We thought it would be interesting to see what records are currently (at the time of writing) listed for a high price in the Discogs Marketplace. Naturally high price does not mean high value, or even demand. I’ve lost count of the times where I have seen a record listed for hundreds of Pounds to note many others of the same edition for sale at a fraction of a price. Some sellers are chancing their arm hoping to hook a wealthy buyer or merely having a very expensive laugh. So the records we’ve identified are some of the most costly listed on the Discogs Marketplace and have no more than a few copies for sale and do appear in hundreds of wantlists.

Often argued as the first ever Acid House record in 1983, Charanjit Singh’s dozen or so albums were very much built for Bollywood and film screen. There is no doubt that an authentic acid bassline does run through much of the album, although the tempo is much higher than the original Acid House that followed a couple of years later. This is more Acid Trance than Acid House but nonetheless the basslines and East Asian influences intertwine to make for a fairly unique album. Repressed in 2010 by Bombay Connection Records in the Netherlands, you can pick this up now for somewhere in the region of £75 compared to the original which is listed at about £3,700 and going for in excess of £1000. 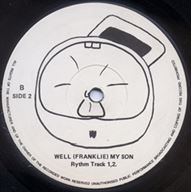 One of those records that really epitomises the early 1990s Rave scene with a thundering wood bass and techno percussion, it was and still is a track that punches heavy. Actually appearing a year earlier from it’s actual release in 1989 on R & R Review Volume 1 (which you can pick up a very good quality copy for less than ten Pounds) it’s tucked away amidst four other tunes. The actual classic is ‘Well (Frankie) My Son’ which is potentially a nod to Frankie Bones who was releasing this bass driven House/Techno back in 1988. Whilst the actual bassline structure appears to come from Derrick May’s Rhythim Is Rhythim’s Wiggin classic.This is as popular in 2019 as it was four years earlier when I wrote about most wanted Discogs dance music in 2015. As for the original release on Jungle Jam Records? Well, you are looking at paying somewhere in the region of £150 for a good quality, playable copy. 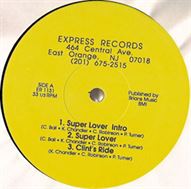 Kerru Chandler’s first ever release on Express Records is a six track EP that showcases the scenes he very much help to nurture in the early days of House music. House, Deep House and Garage House all very visible as are strong emotive vocals and samples. Tied to the tragically sad story of his girlfriend and future wife Tracey Jones, ‘Get It Off’ is a dedication to her after she was murdered outside the legendary New Jersey venue Club Zanibar. House Chicken is the final track on the EP and has a booming bassline line that captures the moment in time where warehouse, jackin’ House productions were making way for a softer, richer House sound of the early 1990s. With just one copy for the sale at the time of writing, it’s impossible to say whether anyone would ever go near the £939 price tag. Quite unlikely, but well over a thousand people have it on their want list and past copies have gone for over £100 at least. 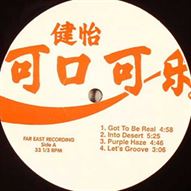 Over two thousand people on Discogs want this, so it really must be an album of note and that’s in scarce quantity. Opening with a really quirky, chipmunkish version of Cheryl Lynn’s classic ‘To Be Real’; it is album that emulates the New York and Chicago House sounds of that time, although with a Far East vibe at times. It’s fair to say that much of the album hasn’t stood the test of time, but it is the track ‘Do It Again’ which stands out and still garners much interest. Previous copies have sold for triple figures, so it still matters very much to a lot of people. The duo have continued to work together on Terada’s Far East Recordings label as well as their own projects. 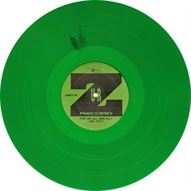 Mad Mike Banks and company have been at the forefront of radical, groundbreaking Detroit Techno for over three decades and these untitled EPs on coloured vinyl holds much alure for the fans of the label and movement. Powerful Acid House, minimal Electro and incessant breakbeats make up for one of their most mysterious of outputs that was apparently only meant for UR associated DJs. There are three Z Records in the series, on green, blue and red vinyl, all of them going for the same price, from the same seller in Germany - so what/who do they know that we don’t?. With a single copy of each on sale for over £2000 it begs the question ‘would it sell?’. The answer to that is possibly as over 500 Discoggers want each edition and the previous copy was exchanged for over £1000 so who knows?

Rare exports and where to buy them digitally - Part 1

Over the next few months we are going to look at some great tracks that you may have missed out on from the past few years and even decades.

Rare exports and where to buy them digitally - Part 4

For this fourth edition of our Spring/Summer Trackhunter special series we have once again dug deep to find some of the best online tracks from the last few years that are hard to come by in their ori..

Rare exports and where to buy them digitally - Part 2

Following on from last month’s Trackhunter post on ‘Rare Exports - and where to buy them digitally’, we’re back with another hot list of great tunes.