The long winter nights are still with us and there is always still chance of a prolonged spell with the snow. So what better way to spend time before spring returns and the lighter evenings than watching some of the best films ever put to celluloid about the music scene we love. There have been a few lists created over the last few years about which films to spend an hour or two chilling out to, at Trackhunter we decided to curate our own mini film festival. In fact rather than just compile a list about dance music we decided we would focus mostly on the DJs with one good exception.

In the comedy vibe, a film that can be best described as Marmite, you’ll either love it or hate it - we have to admit to loving it. It’s the tale of the fictional legendary Ibiza DJ Frankie Wilde who thanks to continual exposure to excessively loud music in the clubs he plays it renders him totally deaf. Wilde is played by comedian and actor Paul Kaye who shot to fame as the annoyance to famous celebrities Dennis Pennis. The story is one which befits today’s scene even more given we have more superstar, rich DJs than we have ever had. Frankie’s deafness causes his world to collapse from under him to leave him in the depths of madness and anguish. After discovering a deaf organisation, Wilde forms a close bond with Penelope, a lip reading teacher who helps him get his life back on track and eventually he is able to release music and DJ again. That is far from the finale of the film, so you will have to watch it to find out. The film gives a funny and light-hearted look at the club scene from the hedonism to the bad trips and touches on the serious issue of what exposing yourself to too much sound abuse can do for your health.

There are some films that just had to be made and that glorious period of hedonism, pills and thrills is summed up really well in Michael Winterbottom’s superb comedy. The film starts in the mid 1970s and captures the sheer bloody-mindedness of one Anthony H Wilson as he establishes the seminal Factory Records and helps put Manchester on a global footing as the club capital of the UK in the late 1980s with The Hacienda. Steve Coogan is superbly casted as the outspoken TV journalist and entrepreneur in a film that is funny, informative and chaotic. Tracking back to the infamous Sex Pistols Manchester Lesser Free Hall gig in 1976 to the chaos that was The Happy Mondays, this is a film that is worth watching more than just the once. 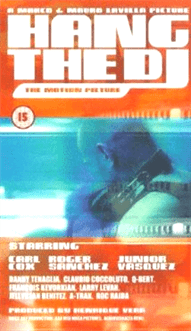 I originally had this on VHS tape (remember that) and it was one of the first proper documentaries to look at the cult of the post-rave DJ. The film featured DJs from a variety of music genres with Carl Cox, Roger Sanchez, Qbert, Danny Tenaglia, Larry Levan and Francois Kevorkian among the famous names featured. Naturally as you can imagine the title of the documentary comes from The Smiths song of the same name. Even though club culture and particular DJing has evolved incredibly since this film was made it is an interesting historical artefact of the DJ scene which had changed beyond recognition from the rave scene less than a decade earlier. With a score of 7.0 on IMDb it is recognition that the film made an important contribution to the history of the modern DJ. 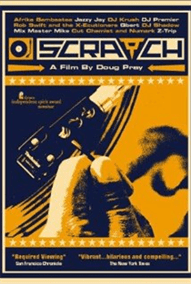 There are no shortage of hip hop and turntablist movies to watch as the scene has been well documented going back to the days of Wild Style and Beat Street. One of the best hip hop DJ documentaries ever made is that of Scratch which captured the ever evolving world of the turntablist and their place within hip hop culture. The film gives more than a nod to the four elements and can be considered a hip hop rather than a DJ documentary first and foremost. It features many of the main players from back in the day as well as those at the height of their game at the time the film was captured. Hip hop luminaries Afrika Bambaataa, Gang Starr, Jurassic 5 feature alongside the kings of the ones and twos X-ecutioners, DJ Craze, Mixmaster Mike and Qbert. This film still stands the test of time and is a great example of the impact and power of turntables and juggling beats long before the laptop and such as Serato appeared on the scene.

Coming six years after Hang the DJ and not as good, it is still worth a watch as it revolves around the Winter Music Conference held in Miami. It features an incredible amount of interviews with DJs, musicians and promoters with a background of clubs, bars, beaches and beautiful people. Featuring Paul Oakenfold, Danny Tenaglia, Francois Kevorkian the documentary back tracks through the history of house and techno before launching headlong into the hedonism and serious business that is the modern day dance music scene we all know and love. The eighty minute documentary is crammed to the rafters with interviews and shows where many of the DJs came from and how they got there. It is interesting to see the emergence of CDs in the film whilst most DJs still appeared to prefer vinyl, how things have changed.