For the majority of dance records in the past two decades the sleeve has been to some extent an afterthought. The mystique of the white label or minimal information has often been to some extent part of the appeal. On the flipside that contrasts by levering out a underlying tension as DJs and music lovers try to figure out what they are actually listening to. Often the inscribed catalogue number offers little help, whilst the most infuriating problem remains as to which is Side A and which is Side B? The white label was so prominent in the 1990s as record companies did not have the means of sending out digital promos as they do now, so the white label aided the mystique of a new release, it became a special thing to own. The problem was when you accumulated hundreds of them - finding a certain track from off your racks soon became problematic.

The iconic record sleeve is something you usually associate with the grandeur of 1970s progressive rock or the 'do it yourself' attitude of independent bands of the late seventies and early 1980s. It is not something you really think of when talking about dance music and hip hop. Of course there are the iconic sleeves that every release on that specific label was housed in. Casablanca for disco, Tuff City for hip hop and as we'll read on, Warp for British techno and electronica.

The art of the record sleeve has had a healthy resurgence in recent years and some quarters in electronic music they have been keen to embrace this visual direction. Much of this has been a reaction to dance music's coming of age and that labels and artists have to do more to stand out in an ever-crowded market place. We thought it would be good to open our own online art gallery of some of electronic music's most visually appealing art works from across the last four decades. We looked at some of the labels that have taken artwork to another level and by doing so ensured their place in music history. The fact is that pressing records costs money and going that bit further with bespoke packaging means the profit margin is reduced somewhat.

I was lucky to be at Houghton Festival earlier this year and that sage of high quality electronic music Andrew Weatherall was talking about the expense of pressing small run vinyl with quality artwork. He talked about how he had purchased a Lomography camera and intended to take one hundred photos and put an individual image on each twelve inch to add that personal touch. To add to that he wanted to have artistic sleeves using different art paper to complete the project. The Chairman said that this all cost money and time and that in reality he wouldn't really make any notable income from the project. Such is the way for many label owners and artists trying to put out crafted record releases. So in honour of labels who do see artwork as instrumental to their music, we picked four labels across four decades who have made a visual mark on the scene. 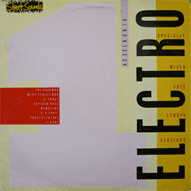 If any single series of records had a big impact on Britain's youth in the 1980s then it has to be Morgan Khan's seminal Street Sounds Electro series. Not only did the collection of 28 compilations contain some of the most groundbreaking music, that was impossible for many in the UK to otherwise obtain, but it also had eye-catching artwork. If ever a series of records deserved to be laid out in front of you on the living room carpet it was this lot. Right from volume one and the cool futuristic sleeve design through to the rougher graffiti strewn number 22 it was the perfect combination of incredible music alongside unique artwork. 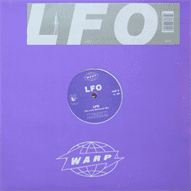 Anyone who has ever dug through a rack of 12 inch singles can testify, it can have a snow blinding effect after a while. The black and white sleeves start to merge into one as you try and decipher what each release is in the limited time you have. That is why Warp's iconic purple 12 inch is possibly the most definitive of record sleeves. Warp have sparingly used this sleeve, but when they have you can be sure it will stand out in the vastness of vinyl you will be searching through. The colour is so iconic that the much respected Sheffield electro label CPU Recordings pressed their 50th release with it's own homage and purple sleeve. It was the ultimate compliment from the new breed to electronic music to their Sheffield forefathers. 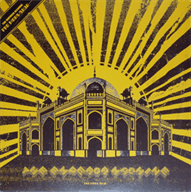 For me a label that truly stood out as having an incredible eye for design was that of J. Saul Kane's D.C. Recordings. Known for previously for his Vinyl Solution label and as the man behind Depth Charge and The Octagon Man. Kane put out some of the richest beats, disco and cosmic jams between 1995 and 2011. The artwork really came into its own from about 2000 although Kane's own releases always had striking sleeve work. By about 2003 and releases from such as The Emperor Machine and Kelpe took things up a notch and rich, vibrant, psychedelic artwork came more into focus to match the audio output. As the label matured the artwork on the sleeves did too, some looking like sci fi and horror film posters from the late 1960s. The attention to detail was second to none and turned D.C Recordings into one of the great independent labels of its time. 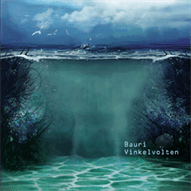 One label that has gone onto the next level in sleeve art has been the genius that is Steve Rutter of B12. His Firescope imprint not only combines breathtaking beautiful techno and electronica, but also many of the releases are on rich coloured vinyl. To top it all off there is the artwork, which is instantly identifiable with the label. Space age artwork and rich colours make Firescope's releases much more than a vinyl record, it is something you would have out on display on your wall of coffee table whilst the music sits on your turntable. As with the Street Sound Compilations and Warp's iconic purple sleeve, Firescope has crafted a unique vision that rounds off a perfectly executed artefact.

Grab music with a digital cover with Trackhunter