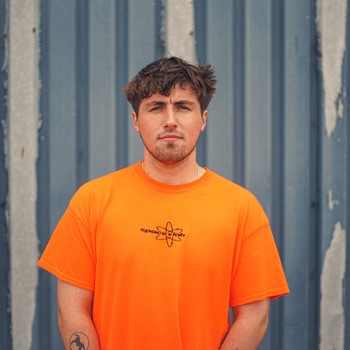 Artists increasingly have started to talk about their mental health but one label has gone further by launching an imprint that looks to raise funds to help mental health charities. We chatted to Connor Male about the label - Serenity Records - and the issue of mental health.

Mental health illness and music have been uncomfortable bedfellows, like so many industries it’s still an awkward conversation. When it comes down to electronic and dance music that conversation has been well and truly overdue. Dance culture has all the right ingredients for an unhealthy lifestyle, the late nights, the excesses, the speed in which careers are made and broken all combine to break even the best of people. Connor Male - one half of Malebox - co-founded Serenity Records, a charity focused label that wants to push the mental health agenda more out into the open and in turn raise money for various charities within the industry. In the midst of a global pandemic where artists, promoters, producers and many more are struggling badly, initiatives like this are more important than ever. We chatted to Connor about the label and the issue of mental health.

First of all tell me what made you start a not-for-profit label in aid of mental health charities?

I've always wanted to do something which was focused around raising awareness for people not feeling like they could speak out about issues they have or know where to find help when they need it. I'll be completely honest here, the turning point which gave me the real push in making the label happen was this time last year when unfortunately a close friend of mine took his life due to what we think was mental health based issues. 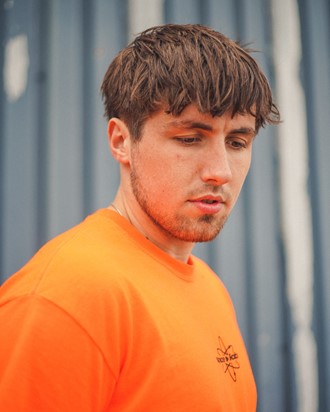 Men are renowned for not talking about their mental health problems and given that dance music is a male dominated industry do you think there needs to be a forum to create an open dialogue between those affected by mental health, for everyone, not just men.

Absolutely. I don't want to suggest in any way here that men have a hard time in this industry compared to women because that is simply not the case. But when it comes to talking about mental health, men appear to find it most difficult when attempting to create an open dialogue. Men have been instilled to believe that they must 'act like a man', 'man up' and to not 'act like a baby'. Saying that, the label is about creating a safe space for all genders (and those who don't identify) to speak freely when they are ready to do so.

Club culture in general is not known for its healthy lifestyle, do you think some of the issues we’re seeing today in the industry are as a result of the hedonistic lifestyles of those who were the first generation of Acid House ravers?

That's a tricky one... First of all we have to accept that the majority of people within the dance music industry consume or take drugs (alcohol is included in this category!) But, I would probably argue that Acid House ravers may have lead a healthier lifestyle than us ravers do today. From speaking with people who partied back then, the drugs in circulation were a lot purer and cleaner - meaning that older ravers weren't prone to consuming the nasty extras that are becoming increasingly common with the cut drugs we see on the streets today. In addition, up until COVID, we were seeing an exponential increase in the length of parties across the weekend in countries which extend beyond Amsterdam and Berlin - which has certainly led to the increase in detrimental damage we place on our bodies weekly.

Certainly COVID and the lock down will have done nothing to help the anxieties felt by promoters, producers and DJs, among others involved in the scene. What do you think the current climate’s legacy on the scene will be in the longer term?

Yeah 100%. There's still a lot of uncertainty kicking about as a result of COVID, but to be honest - in the last few weeks I've seen a lot of that uncertainty-based anxiety beginning to alleviate. I'm lucky enough to work closely with The Cause (a club based in Tottenham, in North London), and our outdoor-based projects have begun to really flourish in the last few weeks - and you can really feel that success amongst the staff at the venues, the promoters who work with us and the artists who come down to play. 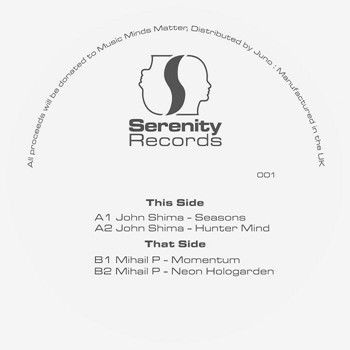 How did you get John and Mihail on board with the project?

So the whole influence for the sound behind the label came from John's release on fledgling label 'Tribes' called 'Gravitron' - if you get a chance check out this record, you'll get a real feel for why Serenity sounds how it does. Following falling in love with this record, I reached out to John to discuss the idea for the label with him and I was absolutely blown away when within a matter of minutes he'd replied with his immediate commitment to put forward some material for the label. I suggested splitting an EP with Mihail, based on the harmony between their two styles - and after speaking with Mihail, 001 was underway. On a side note, I'd like to take this opportunity to thank John and Mihail for their work on 001. They've both been an absolute dream to work with - non stop enthusiasm, extended support throughout the whole launch and a level of passion that made the whole experience of launching your first release so much less daunting. Big love to you both x

I purchased a copy of the record, based as much on it’s artistic merit as much as the charitable ethos behind it. The four tracks are top quality and don’t sound like the kind of spare cuts that the artists just had lying around the studio waiting to offload to anyone. How important is it for you to have a balance between a charitable initiative and high quality output?

Thanks for supporting mate! Because John and Mihail's production is largely what inspired the sound of the label - it didn't take long to create the perfect 4 track EP from them. The basis of each release is to have two cuts which could be played at home at times when mental health issues may be more present and then two cuts which are both emotive in their meaning yet also ready to play out in a club-ready context.

The record has had a repress - which is very impressive - just months after initial release, were you surprised by the reaction to the release and charity initiative?

I couldn't believe it when the initial pressing sold out in just a couple of weeks - it was crazy. I was genuinely taken aback by the reaction and was completely overwhelmed by the volume of positive and heartwarming feedback I heard personally off the back of the first release. Bring on 002! 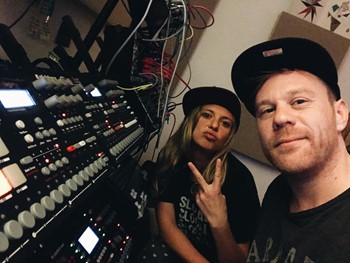 Your second release is by Thoma Bulwer and Anna Wall, with proceeds going to the homeless charity Centrepoint. Do you plan to align each release with a specific charity?

So one of the concepts behind the label was to allow each artist or group or artists to select the charity that the EP would support and then allowing the name of the EP to take on that format (eg. 'Thoma Bulwer & Anna Wall for Centrepoint UK'). The idea behind this was to allow artists who have suffered from particular mental health issues to support these within the work they do for the label. In addition to this, mental health as a topic is absolutely vast in the various areas which it covers. So by allowing the artists commissioned to focus on a particular area - it means that the label can cover a wider area of mental health issues. 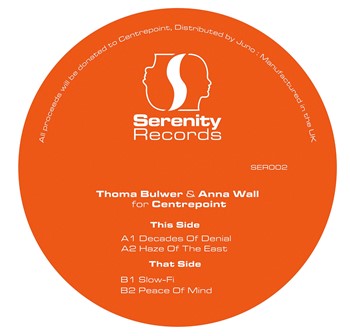 What do you have planned going forward with the label?

For now, the key focus is to key get three EP's out before the end of the year, but with COVID an on-going issue in the pressing industry, it may be the case that 003 has to wait till next year. In terms of a more short term plan - we're holding a Bank Holiday Day party at The Cause's new outdoor area on Friday August 28th. On the bill are the amazing Bizarre Trax boys who continue to impress with some incredible parties this year and recently a compilation which donated all funds to Berlin based-club Club der Visionaere. Following them are myself and Small World's Maximilian FD who will play the two hours prior to 002's curators Thoma Bulwer and Anna Wall.

Tickets can be found via The Cause's website here - https://www.costadeltottenham.co.uk