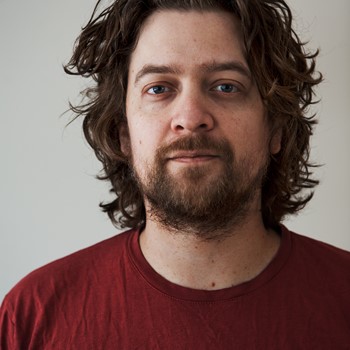 Radiating Fun and Music: An Interview With Prins Thomas

Unless you’ve been living under a rock for the last 20 years, you’ll no doubt be familiar with the multi-talented Prins Thomas - Trackhunter had the pleasure of chatting to one of the hardest working artists on the scene.

Hailing from the Norwegian hotbed of talented producers and DJs, he has remixed everyone from LCD Soundsystem to Doves. A passionate DJ and label boss at Full Pupp, Rett I Fletta and Internasjonal, he remains as busy as ever despite lockdown with his latest LP Træns dropping on the German Running Back label, The album swaps his trademark Space-Disco sound for another long-time passion, Trance music. We were lucky to speak to Thomas about his new release, labels and passion for DJing.

First of all Thomas, tell us about your new album Træns, you started recording the tracks four years ago. Did this start out as a themed project or did you get to a point in time and think this feels like it could be a full album?

I actually had no intention of compiling these tracks into a release. Over the last few years, whenever I came up with an idea that sounded a bit trancey, cheesy, over the top or a bit of all three I just left them in a folder called 'træns'. All in rough demo form and none likely to see the light of day. A little while ago I started listening back to these tracks and thought it would be good to get a second opinion on them to see if they were any good at all or just a bit of production fun. I sent them off to Gerd Janson and he took them all. 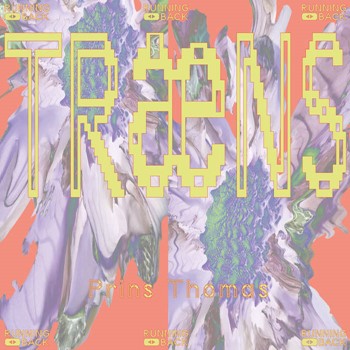 Trance, like Disco is an often bastardised and maligned form of music. Do you think there’s time for a resurgence of proper Trance in the form of what we first heard coming from European labels in the early 1990s like Logic and Harthouse?

I don't know and I don't really care either. Trance in some shape or form has always been an integral part of electronic music and although trance is more in vogue nowadays I'm personally more interested in stealing inspiration from wherever I can find it and put it back into my own pot, be it early 80's DIY synthpop, late 70's ECM recordings or over the top trance hooks from the last 30 years.

You’ve long championed the collective sound of Disco but your repertoire clearly goes much wider than that. If there was a sound or theme running through your back catalogue and current productions, what would you say it was?

Personally I hope it radiates 'someone having fun making music'. My fear is that someone's impression would be '45, out of tune and out of touch'... ha ha.

The second coming of Disco has had a considerably long and enjoyable run in all of its forms from cosmic to re-edits, how long do you think this global enthusiasm for the ever evolving sound of Disco can continue and what might we see next mutating from it?.

Disco as a genre is too enjoyable to die. There will always new generations rediscovering classics and make them relevant again but in terms of mutation, we already had House and Techno from it. 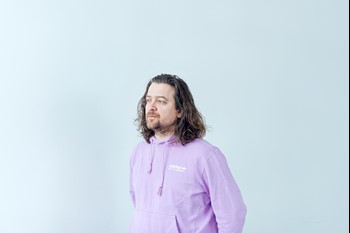 If you look away from the financial aspect, Covid-19 has been good to both family life and creativity. I'm spending more time in the studio and although I believe in putting in the hours as opposed to ‘inspiration’ I do actually feel really inspired these days and see myself working on an even wider selection of projects than before.

Your Prins Thomas Diskomiks remixes run into the hundreds now, which one are you most proud of?

There are probably too many to give them all the amount of love they deserve but I find it hard picking just one. Some of the early ones like Todd Terje's ‘Bodies’ and Lindstrøm's ‘Music (In My Mind)’ bubbled over with fun and creative ideas that are harder to come up with these days but when I listen to them know they sound a bit rough as I had no experience in producing at the time. I'm equally, if not more excited with any remix I work on these days of course unless they're one of the ones you only do because they're really well paid.... but even those I like ;)

DJing plays a really important part of your identity, how much have you missed playing out since Lockdown? Have you managed to play much online apart from the Move The Record event earlier in July.

Yeah, it's actually now my 36th year of djing so an integral part of me has been put on the sideline. Besides the Move The Record-stream I've done a monthly gig in Oslo at Jaeger for the last three to four months which also has been streaming live on Facebook and Mixcloud.

It's not really a regular club-gig but done outdoors at a reduced capacity in their courtyard and with punters being sat in groups of two-five people at socially distanced tables. It's actually been really inspirational as I've spent a lot of time digging deep in my collection. The focus being more on great vibey music for four to five hours rather than maintaining a certain energy for two.

You are a big advocate of vinyl through your labels and DJing, how do you discover music these days?

Mostly through going back to my record collection but as I'm obviously travelling less the only physical ‘record stores’ I've been to lately have been local second hand stores. Although I hate the platform's model in lack of proper payout to artists I use Spotify a lot and I do have occasional YouTube and Discogs wormholes to get lost in with forgotten Italian House, live Jazz footage, old documentaries on different subculture scenes.

It’s a tough act juggling production, DJing, remixing and running labels, have you gained any good habits over the last 20 years in addition to any bad ones?

Keeping up an interest in new music must certainly be a good thing? Let's leave it at that.

All of your labels have had an active 2020. What plans have you got going forward with your labels Full Pupp, Rett I Fletta and Internasjonal?

You’ve also been busy with your Prins Thomas imprint as well this year, do you treat that label any differently to the others, given it shares its title with your artist name?

For yourself as an artist, what can be expect for the latter half of this year?

At least one collaborative album, the usual tsunami of remixes, maybe some single releases and some socially distanced local gigs that may or may not find its way to the interweb.

2018 has started strongly with a plethora of top quality releases and we've picked some of the best tracks for the end of January. We used Trackhunter to dig through the hundreds of fresh sounds on Bo..

Trackhunter picks out some of the labels that have excelled in 2020 and offer great things going forward in the new year for fans of Techno, Electro, House, Disco, Acid and Rave