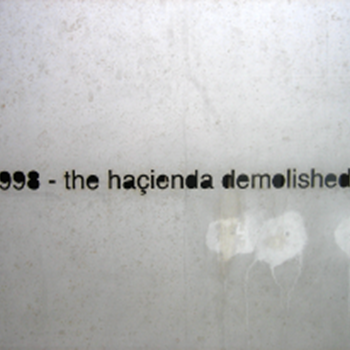 Nightclubs in decline - A cause for concern, or just the life cycle of dance music?

Dance music has always been in a constant cycle of rise and fall, scenes come and go and with it so do the crowds. It is cutting edge music and for most of the last 40 years has dominated youth culture in some form or fashion. The peaks have been noticeable, northern soul, disco, acid house, rave and eventually the global rise of dance and electronic music. The falls have been sad rather than lamentable as disco crashed and burned leaving few prisoners and parts of the rave scene air brushed from memory. For the last 25 years, except for a few fallow periods, dance music has been dominant in the UK, and the future still appears bright. Nevertheless, you may have read various articles in the music and national press over the last few weeks that paint a potentially bleak future for dance and club culture. At Trackhunter we wondered how much truth there was in these reports and whether this was just sensationalism.

The continual rise and fall of dance music

In recent weeks there have been stories about a major promoter stepping down from running one of the UK's leading house and techno events due to feeling disenfranchised with younger clubbers. A few articles on how increasingly hard it is to obtain a licence to open a club. Whilst more importantly, other reports in the national press have highlighted worrying figures about the falling number of club nights and with it, club goers. It all makes for potentially depressing reading, but is it just all part of the dance music life cycle and are things better than the music and news media have us believe?

Is the death of the nightclub exaggerated?

Whatever we think, we cannot hide away from the fact that there are less nightclubs according to the Association of Licensed Multiple Retailers (ALMR) than there used to be. In 2005 they claimed there were 3,144 nightclubs across the country, a decade later that number had fallen to 1,733. That is over 1400 venues which is quite a fall; so what has gone wrong? Certainly one thing that has changed is that this is just part of the national trend in going out, in that people are choosing to spend their money and time doing a wider variety of things. We live in a society where every commercial venture is demanding your time and money, and many people do not have the disposable incomes they did a decade ago. Cinemas have become popular again and theatre has continued to flourish as a choice night out for those who can afford it. In addition to there being more sporting events taking place at night, and most cities and universities enjoying thriving live scenes; it is increasingly hard for competing leisure establishments. We also have the fact, that like pubs that started to decline in numbers at the turn of the century, people are staying in more. Supermarket alcohol is far cheaper than that served in club venues. For many they feel that a few drinks from the local supermarket, a game on the XBox and a film streamed over the web is more affordable and safer than a night out on the town.

Clubs have always had pressure from local authorities, one nightclub can look like another to your typical suit wearing middle-aged council employee. The best examples of well run clubs can be lumped in with the worst and roughest of establishments should they do anything that attracts either the local's or council's displeasure. Whilst alcohol has been less important to the underground scene throughout dance music's history it also does play an important part to any establishment's revenue. In the late eighties clubs were concerned as ravers turned to drinking water rather than alcohol with some notoriously turning off taps to divert thirsty clubbers to the bars. This ploy worked only so far until concerns over ecstasy taking youngsters suffered from overheating, exhaustion and much worse, as a result the taps were turned back on.

Clubs have always courted controversy, for a start most of them operate at a time when most sensible people are tucked up in bed with a hot milky drink. Their history has and will always be one of peaks and troughs, the mightiest nights at the Wigan Casino, Studio 54 and Hacienda epitomized the classic club but despite their powers all came to an end, often with a degree of tragedy thrown in for good measure. Whilst we can look back at their demise with a tear in our eyes, it is an important part of the life cycle, club culture has to move on and adapt to change. Back in the late eighties you would have done well to find an underground club on any night of the week, whilst commercial clubs were plenty. Flash forward two decades and the modern day UK club landscape does appear to be lurching towards a potential crisis. An article published on the BBC website appeared last month with the title "Whatever happened to the Great British nightclub?". The article goes on to say that the nightclub has fallen out of fashion so much that it is no longer viewed by the office for National Statistics.

There are less nightclubs in the UK than there used to be, yet that does not mean dance music culture is in any way less popular. Dance music remains incredibly popular, and now on a global scale. We are digesting it in many more ways than we used to, online, at festivals, in bars, small venues, private parties, illegal gatherings. There are more dance music tracks being launched each day, hence the need for a tool like Trackhunter to navigate the myriad of releases and labels. Whilst websites, forums and blogs dedicated to DJ and club culture thrive, it is potentially just part of that cycle. The problem may be not so much that people do not want to go to clubs but they simply do not feel the need to be in a traditional licensed club venue to dance. Most cities have at least one local cooperative that hosts their own nights, whilst underground venues still operate and will continue to. These venues would never register on any National Statistic. Whilst some clubs may have fallen to a Darwinian principle that they were never fit to survive, sadly others will always struggle to satisfy local councils. Sadly that is the greater and more pressing issue, as with pubs that have been closed unnecessarily to make way for mini supermarkets by greedy breweries.

The desire to dance anywhere

Clubs have always changed and like any venture there are always those who will go out of business because something better and cooler comes along to draw their crowd. Club culture always pushes forward, especially at the cutting edge underground scenes, they can rise and fall in a few very short years and with that the hosting venues come and go. There are also venues which will always struggle to stay open due to a variety of factors from the clientele, to location, to the money invested in the venue and entertainment. One thing remains constant, and has been so since recorded history. That being people enjoy dancing, whether it be in a field, at home, or in a club. Many people might now decide to get a few beers and spend a night dancing in front of the latest Boiler Room video. Even so, there will always be many people who want to share that euphoria with others and the best place to experience that is within a club.

If you're a DJ looking for music try Trackhunter on Mac, iOS or Windows

Fabric - More than just a fight for a club

A lot has been written about Fabric in the last couple of months, especially in wake of its licence being revoked by the police and its subsequent closure. A lot of ground has been covered about the r..

Rare exports and where to buy them digitally - Part 5

This is the fifth and final excursion into our journey to explore incredible tracks that you may have missed and where you can buy digital copies online for a fraction of the cost that the physical re..

Interview with Jim Ottewill, author of ‘Out of Space’ - How UK Cities Shaped Club Culture

Most proper dance music fans, whether they be northern soul heads or acid house ravers, retain a certain fondness for the places they travelled - often many miles - to dance. These bastions of tribal ..

Boiler Room has established itself as a truly a global dance and electronic music phenomenon which has delivered DJs, clubs, live shows and documentaries direct to your living room. Now it has launche..