As the global lockdown continues and social isolation measures could be in place for many for some time, as individuals fear going out once restrictions start to ease, we thought we’d bring you our list of great albums from the 1990s to listen to. We recommend that you enjoy these especially in their entirety whilst stuck at home. The album format is still popular but how we listen to albums have changed somewhat since the likes of iTunes and Spotify disrupted the ecosystem. The ability to curate your own playlists brought with it a new found freedom, but it also meant that we no longer listened to the long form release in the way we had previously done. Whilst it may seem restrictive to some, track order is something that has often been carefully considered, sometimes with angst and disagreement by group members as they envisage how listeners will receive the finished article. 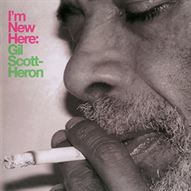 Paul Weller once said that he made records with the idea of an A and B side, whilst Gil Scott Heron’s last LP - before he passed away - had sleeve notes explaining how and why the record should be listened to. On the cover it had the sage advice:

“Buying a CD is an investment. To get the maximum you must listen to it for the first time under optimum conditions.Turn off your cellphone. Turn off everything that rings or beeps or rattles or whistles.Make yourself comfortable. Play your CD. Listen all the way through. Think about what you got. Think about who would appreciate this investment. Decide if there is someone to share this with. Turn it on again. Enjoy yourself.”

Many of us find ourselves with more time than in recent busy years as we find ourselves at home. No doubt that many music lovers are spending this time going through old CD and record collections, re-ordering them and pulling out old forgotten gems. We’ve picked a few classic records from the 1990s that we really consider complete works of art, not a mixed bag of big hits and fillers, but something that is the sum total of the parts and a listening masterpiece. We invite you to revisit these classics or to explore them for the very first time, just give up an hour of your time - lay down, relax and forget yourself. 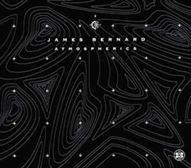 Arguably one of the great ambient records of all time and one that has not lost any of its appeal in the 26 years since its release. This is a truly very beautiful and haunting record that rarely strays from first gear with the incredibly deep opening of Euph which has an other worldly, Bladerunner vibe about it. This appeared at a time when The Orb and other chillout artists were in full flow and Rising High was releasing some of the best electronic music in Europe. Mars Rain, complete with a continual rainfall and distant thunder backdrop, is one of the stand out moments that extends a science fiction thread throughout the record. With four tracks over ten minutes each there is plenty of time to let this whole record envelop over yourself. 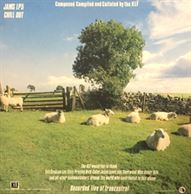 There is no other album like the KLF’s Chill Out, sure there are chillout albums, found sounds, cut and paste and ambient records but none of them sound like they were created as a soundtrack at a post party after some kind of a super weird David Lynch film launch. Jimmy Cauty claimed that it was done in one take and it’s pretty believable. Anyone with an eclectic knowledge of music, a good grasp of production and DJ techniques will have had moments where that perfect moment happens, the stars align and a fantastic new sound is realised. Even so, this kind of next level Euerka! moment is far and few between and in this case it may have taken several takes but the actual idea was a game changer and remains a unique LP to this day. Familiar samples appear to the surface between classic KLF moments that form one continuous piece that like classical music has movements. It is without a doubt a stand alone LP and one that is entertaining, funny, mystical and dark whilst it’s appreciated on a sunny day in the garden as it is in front of a roaring fire on a winter’s evening. If you have never heard it, do yourself a favour and track it down, if you own it, then go revisit it as those who love this record will know, it is one of those listening experiences that offers something new on each fresh play. 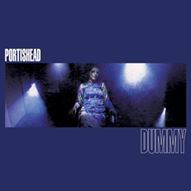 Bristol has long been recognised for having something that sets it apart from other UK cities and the trio of Portishead were instrumental in solidifying that uniqueness when they slid into wider view three years after initially forming. Dummy is another album that has gained classic status but may be one that you’ve long neglected from the playlist. Smoked filled mellowness with the sultry yet pained vocals of Beth Gibbons proved that Trip Hop could be executed live in the studio and famously on stage with their first real outing in a packed tent at Glastonbury. Film Noir, dope beats and tripped up DJ cuts make up for most the record, whilst Numb makes a perfect accompaniment to works by other South West contemporaries Massive Attack and Tricky. As with all of the above albums, they capture a time, but also climbed upon the shoulders of notable 1970s and 80s laid back long players. 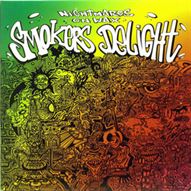 Not that we can condone smoking for one moment right now but this is one of those albums that many will have forgotten what a genius piece of work this is. Following up on George Evelyn’s debut ‘A Word Of Science’ four years earlier, it slipped comfortably into the burgeoning Trip Hop scene and was a perfect come down from the early 1990’s Rave music excess. Spread across two records it combined dubbed out lazy reggae jams with jazz influenced, smokey beats. It was a real coup for Warp Records and captured Evelyn’s musical dexterity and extensive knowledge as he takes you on a very laid back and cool road trip. The record has stood up very well over the last 25 years and for the most part is very relevant for today, it’s a great long player for a lounging background but it works best up and out front - all around you - all you need a comfortable chair and permission to just sit and enjoy it. Trust me, you will thank us for bringing this record back into your life right now. 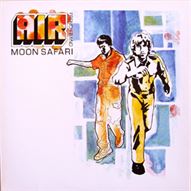 Air’s appearance on the music scene came at a time when things were starting to get a little staid and they brought a playful sense of joy to the dancefloors with the seminal Sexy Boy and Kelly Watch The Stars. Trip Hop was still powerful but much of the most inspiring music had been and gone so it was a breath of fresh air to hear the organically fertile sounds of Nicolas Godin and Jean-Benoît Dunckel. The duo insisted that the name Air was an acronym of Amour, Imagination and Rêve, this translated In English to LID, meaning Love, Imagination and Dream. That was this album in a nutshell, dreamlike, loving and brimming with imagination. With contemporaries like Daft Punk releasing their classic Homework LP the same year, it was a vintage year for music from the other side of the channel. Tracks like Remember and All I need, which featured Beth Hirsch on vocals are just timeless.

Much has been written about these records, they are indeed bonafide classics, but given the current climate we think they’re well worth revisiting right now. If you’ve got a free afternoon and the sun is shining, sequence all five of them in a row - find a comfortable chair, a nice drink, close your eyes and take some time out from this very intense world right now.

There is often nothing better than the beautiful curve ball that music throws at you from time to time when you hear a track, make an assumption as to its origin and then find out who recorded it. Ove..

2016 has gone down as one of the worst years in living memory, certainly on a global scale it isn't since the late 1930s we have seen such widespread uncertainty and anxiety. In the arts and music wor..