De La Soul once said, 'Everybody wants to be a DJ, Everybody wants to be an emc' but these days hip hop and dance fanatics are just as likely to want to be an independent record label owner. Only a few minutes trawling around Resident Advisor or Discogs you get to see the sheer number of new and existing indie music labels. A few decades ago it was mostly a collection of majors with a smattering of smaller independents set ups either trying to break through or release specialised music to niche loyal followings. Movements like 60s soul in the US, punk rock in the 70s and more recently dance music all embraced the cottage industry model of pressing and distributing their own music. At Trackhunter we thought it would be good to tap into the knowledge of someone who is currently running their own electronic record label and find out why running one has increasing appeal when the market is so competitive.

Why start a record label?

The Trackhunter Blog met with Chris Smith AKA Sheffield Bleep to talk about his label, Central Processing Unit Recordings. CPU has been around since late 2012 and has just gone past its 20th release and resides in South Yorkshire, a part of England that has a long affinity with electronic music. We wanted to find out why someone would want to start a small record label in such competitive times and how it could inspire others to follow suite. I started by asking what was his own reasons for starting a label and discovered that like similar ventures, it was to give a voice to an underrepresented corner of electronic music. Smith is very passionate about electronic music, not just the sounds, but the history, the architecture and people it involves. Smith explained that a number of factors fell into place which were the catalyst for the label starting. In his own mind this was what he had imagined for many years, one clearly influenced by a strong visual presence. Anyone visiting the crisp, clean CPU website will see that this is not something that was created overnight, it was an idea that has obviously been brewing for a few years.

One of the biggest problems in running a record label is that it can be hard work, and as a result have a negative effect and turn you away or off from the music. Smith's experience backs this and in his mind there are no shortcuts if you want to do it right and maintain a high quality output. Smith explained that he had not discovered any shortcuts, but more cash would allow more risks to be taken. In the past, some electronic record labels have been little more than vanity projects. These have either run by wannabe label owners with more money than sense by releasing their friend's music or by making a product that sits at the other end of the scale popularity wise. Whilst some labels go to great expense releasing music that has incredible artwork, superb inserts and pressed on 180 gram vinyl. All of this does not come cheaply. Smith's thoughts about vanity project labels have changed saying he once regarded label vanity projects as something started by an artist just wanting to release their own music. But looking closer, it can be very difficult to get the attention of a label and so easier to start your own. For the CPU Records boss it's quite clear the origins of most small record labels. He feels it's always people who love music who start labels and they should keep enjoying it if they remain true to their philosophy.

Longevity is always an issue for any kind of creative project, especially a record label. Many fail to get past a handful of releases before their Discogs entry finally ceases to log new entries. Smith's philosophy on maintaining a long running record label is all about balance, and explained; sustainability can compromise your philosophy. I would love to take more risks, choose more unknowns, but by mixing in some familiar artists who share our ethos ensures longevity. Also key for any label wanting to celebrate any kind of anniversary Smith believes you have to get out there into label markets, showcases, and importantly network. Despite all of the hard work there is a lot to be said for running a record label, otherwise not nearly as many people would get out and start one. Smith takes great pleasure from running CPU, and regards the highlights as the ability to meet artists, fans and others in the business. Put simply, it the belief that it's about talking to people who share your love for the music you take a chance on. 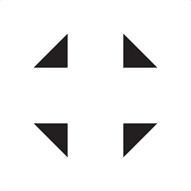 The choice between vinyl, digital and CDs

Despite dance and electronic music being the most cutting edge of any genre with its use of technology, it has always retained its affinity with vinyl. Running a label has a wide array of potential outputs from the plastic to the download, which therefore begs the question where should a label owner's focus lie. The electronic label boss maintains his love for vinyl saying; "but I know its place in the digital age. Collectability, artwork and something to hold in your hands is important to most music lovers. Offering something with a download, be it vinyl, CD or a postcard gets better engagement and is what CPU will continue to do."

The digital aspect, like the vinyl and CD, are not without their problems for those running a label. A hot track can spread far and wide across the web via torrent sites, blogs and such as YouTube before it has starts to return on investment for the label. Years ago it was all about the tape, then vinyl bootlegs, often they were poorly copied recordings of live gigs. They had an impact on music and artistic integrity, but nothing like that of today with file sharing. For small labels it can mean the difference between boom and bust. Smith is concerned, but in his mind, most who steal wouldn't have bought his music anyway. His belief in vinyl and CDs and other physical items help alleviate the damage. The message is quite clear, keep spreading the message, support the artist and buy the music. Whilst another stream of promotion and funding for any fledgling label is that of the club events, something Smith does well with his Computer Club night in Sheffield. Such ventures are just part of a larger organic ecosystem as Smith sees them as intertwined and raising awareness, especially club nights are very important. Alongside promotion, the web offers other benefits for the modern label start up as the more they gain attention, the more prospective artists contact them with demos from around the world. Smith's advice to prospective label owners when trying to build a roster is to talk to the artists. It can be difficult if, but if your proposition is sound, there's a good chance of success.

We touched on to the thorny issue of Record Store Day, which in the last year or so has had a backlash by some parts of the independent music industry. Many now see this initiative as harming smaller independent labels rather than help, as initially intended. Smith backs up this problem with his own experiences; "Record store day has become a pain, causing delays at the pressing plants which pushes small independents to the back of the queue. This makes planning releases around that time of year near impossible." As for the good old vinyl release which has seen a continued revival which encompasses every aspect of vinyl culture, flexi, shaped, picture and colour discs, Smith stays it is important to remember what releasing music is all about. Coloured vinyl and gimmicks can help sell a product but don't forget about the music. I've seen some press releases that only talk about how heavy the vinyl is, what colour it is and where it was mastered.

The art of patience

Whilst promoting a label is still core to running one, with social media being a cheap and fairly effective way of getting out there, if you do it right. Smith's advice is be patient and don't spam. For the South Yorkshire based record label owner it has not just happened overnight, instead it has been a concerted and steady effort. Smith says: "I built up a large network from running an internet radio station which I was able to tap into for launching CPU.” Finally I ask him what is the single most important thing he has learned since starting a label,his answer makes perfect sense, it is down to you whether you follow it. Tolerance and patience. Making music can be a long process and everyone is different. Be nice!

As 2017 starts to warm up, well not literally as we're in the depths of winter, but you get what we mean; we thought we would look at a few labels we predict to continue delivering high quality musica..

Essential gifts for DJs this Xmas 2019

You won’t have missed the fact that Christmas is around the corner and it is the Trackhunter tradition that we compile a short list of must have DJ gifts for any self respecting music fanatic to hopef..

You will have hopefully seen in the last few weeks that Trackhunter now helps DJs and electronic music fans discover the best music released on Bandcamp. So not only can you search for music on your f..

Trackhunters labels to watch in 2020

At the start of each year we take a peep into our crystal ball at Trackhunter Headquarters to see which labels will be the ones worth watching in the coming year. With so many labels coming and going ..