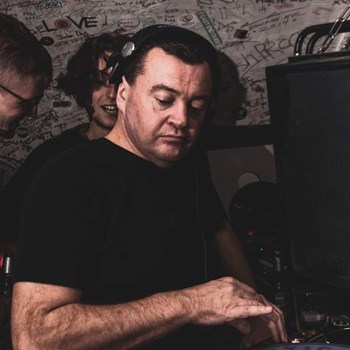 Derek Carr first broke onto the scene at the start of the century with the Copper Beach EP on his own Trident Recordings imprint. With the record now fetching in excess of three figures on Discogs, it was only a matter of time before other labels would take notice. The last couple of years have seen a marked increase in demand for Carr’s outputs with the likes of Craigie Knowes and Ferox Records wanting a piece of the action. We caught up with Carr to ask about his recent works, his studio and life in lock down.

Despite lockdown you’ve had a busy year with a brace of LPs and 12 inches, how have you found the last six months as an artist?

In a word, Shit. While I have had plenty of time to make music, the things that inspire my music, travelling to new places, meeting new people, have all stopped because of the current situation. So you have to seek inspiration elsewhere. Books, TV – that’s where I find my inspiration now, I can’t even travel around Ireland as we are constantly in and out of lockdowns.

Your two long players, Pursuit Part 1 and 2 dropped very close to each other, what was the thinking behind two substantial works in such a short period?

Pursuit 1 and 2 were originally planned as a double album, then a triple album and finally as a quadruple album. The label decided to release two double albums to complement one another – one with more club orientated tunes, the other with more home listening in mind.

There was no way of knowing what was going to happen, and thankfully sales have been good, but anyone releasing music back in January is in the same boat, we are all in this together. I think music sales in general have done OK as people are at home with time on their hands to listen to music, and in some cases with extra cash in their pockets as they are not going out. 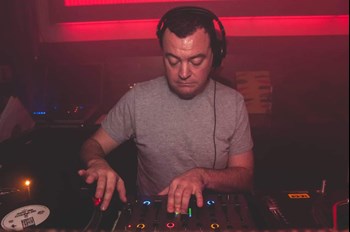 Obviously you’ve not been able to play out normally as an artist or DJ for some months, does such a watershed make you reconsider how you do things as a live artist?

As far as DJing goes, not really, my style is my style; I play what I like, so the current situation has not changed that. However, from a live set perspective, the last few months has given me the opportunity to see so many live sets streamed on social media. It’s made me rethink how I approach my own live sets from both a technical and musical point of view. Should I incorporate more gear, should I include more music and shorten the tracks I play – stuff like that.

You’re part of a healthy and supportive scene, how have you managed to maintain that kind of kinship when perhaps you’re not seeing promoters, DJs and fans?

Social media is such an important tool. I keep in touch with people I have played for over the years, I’ve built up a decent network of contacts across Europe, not just contacts but friends. There are so many really good people involved in the club scene. It’s sad to see them hurting right now because of the pandemic. But we will all come back stronger in 2021.

You’ve got a really comprehensive studio setup, are you comfortable with it or are you always making adjustments and thinking about what you can add, remove?

You think to yourself, right that’s it, no need for anything else, I have enough synths etc. But you know you are fooling yourself - there is always room for improvement. My studio is in a current state of flux, new this - new that – move this on – upgrade such and such. Keeps things fresh, new synth or drum machine or software can inspire for months. It can be a costly business, but you don’t need to spend a fortune nowadays to keep things ticking along.

When you’re in the studio, do you work on a series of tracks as a theme or concept  that you think will complement each other, or do you start to consider a collection of tracks for a release afterwards?

I work on one track at a time, from beginning to end – the minute I switch to something new the previous track is dead to me. I used to start tracks all the time and leave them unfinished, but I had to stop doing that and persist in completing pieces. There is rarely a theme or a concept. I just switch on the machines, select a tempo and off I go. When a track is complete I sit on it for a few weeks to make sure it’s as good as I thought when I was making it (rarely is – LOL) and then I start looking for a home for it.

Human emotion is very core throughout your music, how does it make you feel when people say Techno is machine driven and lacking any humanity?

I could point to hundreds of examples of Techno with soul and emotion. You only have to listen to something like ‘Norte Route’ by Plaid to understand that this music can drip with emotion. There is a generalisation that Techno is all ‘boom boom boom’ that it’s all pre-sets and cut and paste, that we will never get away from which genuinely annoys me. I think people are far more accepting today that electronic music can be emotional and soulful.

You’re clearly a scholar of electronic music, and particularly inspired by post 1990 Techno. Was there a point where you realised that you were now influencing the next generation?

I guess the advent of social media, again, has opened my eyes to the limited influence I’ve had on a new generation. I regularly get messages from younger producers asking advice on set ups for studios, about how they should get their music out, what I think of their music – and it’s all great, I’m glad to help. I lived through the late 80’s and early 90’s and that will always be my foundation in this music. 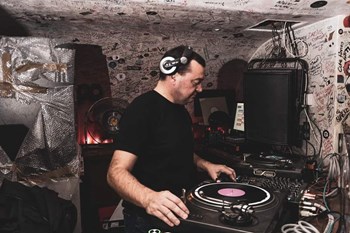 What advice would you give to artists starting out on their own production journey?

Be yourself, do what makes you feel good, make music for you – if it makes other people happy, brilliant, if it doesn’t, so what. Don’t follow fads or trends and follow your own path.

Your own label Trident Records reappeared in the last year, are you likely to deliver any other self-released records?

TRECS004 and TRECS005 are in the pipeline – TRECS004 ‘The Colour of Acid ep’ is due out early November. So yes lots more to come. I will see how the next two releases do and take it from there. It’s a lot more responsibility when you are looking after your own label, but it gives me an enormous amount of satisfaction to get my own music out on my own label.

What plans have you got for the rest of the year and going forward in 2021.

I hope to have an album out on Firescope Records before the end of the year. The previously mentioned 12” on my own label and that’s about it – few remixes here and there. It’s enough to keep me busy.

How do you discover new music these days?

Damo B’s weekly ‘Outta Limits’ radio show from Manchester is a fantastic source of new music. I listen to the podcast each week, costs me a bloody fortune on new vinyl, but I wouldn’t want it any other way.