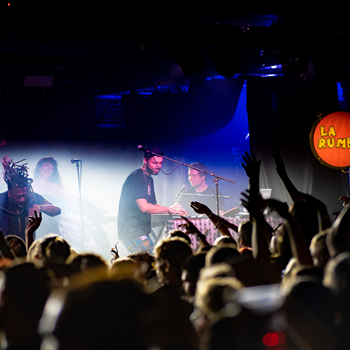 Two years on from lockdown we took the time to speak to Román Rocha Lawrence about the problems clubs faced at the time and what comes next for the typical grassroots promoter.

Covid hit the club scene harder than anything in its entire history, and it is still struggling to recover two years on from the lockdowns of Spring 2020. But dance music and the venues that play home to it are resilient, and it wasn’t the first time it had been tested by an existential threat. AIDS in the 1980s and The Criminal Justice Bill in the 1990s were threats of a different kind but nonetheless greatly challenging for the Disco and Rave scenes at the time. These however were largely localised problems. There is no doubt that AIDS was devastating and upsetting, whilst the Criminal Justice Bill was frustrating and morally wrong, however they never stopped the dance. Covid however was a whole different ball game with thousands of venues shut across the globe with many never to reopen again. One such night that had been gaining traction for three years and had built a strong following was La Rumba based in Sheffield. Not solely reliant on DJs, their ethos was about mixing things up a bit with live acts, leftfield manoeuvres and having a good time with no ego. The Covid stopped all of that, the momentum was gone. Silence and darkness prevailed for most of the subsequent two years. 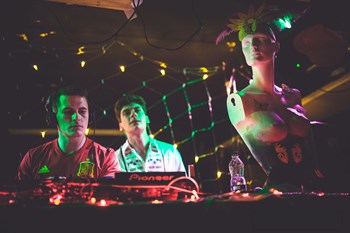 Lockdown hit nightclubs, bars, and live venues harder than most businesses, what did it feel like as a promoter back in 2020?

It was tough as La Rumba was on an upwards trajectory in 2020. We luckily managed to celebrate our 3rd birthday with Mr Scruff, Awesome Tapes From Africa, and SNO, just 10 days before the first lockdown which we all saw coming at some point, which made that show feel extra special. Cancelling all upcoming parties was heart-breaking as there were some special shows booked in. I dug my head in the sand throughout 2020 and focused on my full-time job working on long Covid but 2021 was even tougher with all the challenges of reopening.

Was there a point when you and those you were talking to started to question whether you’d ever get things going again?

The seated show season was super weird for us all which was followed by further lockdowns and more than one taste of freedom which never came to reality and only raised doubts. It was once we’d fully reopened where I really questioned whether things would ever get going again or to pack it in. The ‘return season’ was an anti-climax and a mentally taxing period due to the continuous slog of planning, promoting, cancelling, rescheduling, just to see a huge lack of ticket sales where I’d put practically all the money I had on the line. 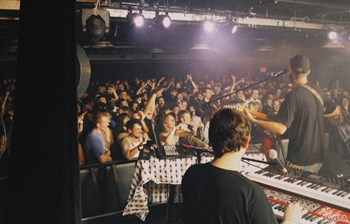 Jumping forward two years, what kind of shift in the club and live scene have you witnessed since the pandemic began?

Things are still evolving but underground electronic music events have been struggling, either due to oversaturation or a loss of love for club culture, whereas live shows seem to be doing better than ever. Most of the younger crowd now never stepped foot in a venue before Covid, so they haven’t had a chance to experience underground venues, genres, or artists properly yet. This has been tough on grassroots promoters who can’t afford huge marketing campaigns to compete with big budget or mainstream events, but I think once the novelty of these wore off, we’ve seen a shift towards the underground scene this year and the more leftfield or niche events are picking up again.

When you finally got to open up and put a few nights on, what was the overwhelming feeling, anxiety or excitement?

Anxiety and excitement came hand in hand really. It’s been a rollercoaster of excitement after waiting so long but also the anxiety around tickets not being able to cover costs if things go badly has been really tough. The reopening season was terrifying having booked some huge artists for La Rumba and some other nights I run that previously would have sold out venues in a matter of days but weren’t shifting more than 50 tickets. It could have crippled us if certain agents didn’t allow us to cancel or reschedule to a later date.

Moving past 2021 though, things have really picked up and excitement is now the predominant feeling. We’ve managed to sell out every show for La Rumba this year even with some riskier lineups which is amazing, we’ve still got so much more to give and there’s a real buzz amongst promoters and punters alike. 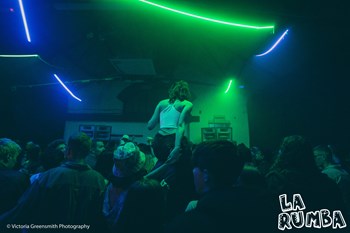 Over £1.5bn was given to the arts to support them in the lockdown of 2020, some of this money was for the live music sector. Do you know beyond furlough whether any of this money made it to those working within the club sector?

Some established venues were fortunate to receive funding for staff wages, to prepare for track & trace events, and in some cases, it helped venues to upgrade their equipment and build reserves for future events. On the flipside, two smaller DIY spaces, Dryad Works and Signal, weren’t able to get any support from the government and were left to fend for themselves through lockdown, followed by the reopening season full of cancellations, disappointing ticket sales, and uncertainty around Covid. It was and still is really tough.

You’re based in Sheffield but work with promoters and nights elsewhere, what has been the impact of the pandemic in terms of a grassroots local setting?

It’s been tough to hear about the impact and knock-on effect on employment, club attendance, artist bookings, morale, and confidence from various promoters, venues, festivals, and agencies. Events feel like a bigger gamble more than ever now. Promoters have struggled to fill venues to pre-pandemic levels on a consistent basis, which leads to losses for those involved and less shows being put on in general which is impacting local scenes nation-wide.

On a positive note, though, local community-driven parties like Apricot Ballroom, Dub Shack, Flaw Collective, and Groundwork have come back stronger than ever and people are generally more supportive of each other’s parties and local artists which has been amazing to see.

There has been a lot of uncertainty as things started to open up and return to some semblance of normality, do you think promoters and live venues got enough support on a local level given they were hit harder than most commercial ventures?

No, not at all. I can only speak for promoters, but we’ve always been the last to gain and the first to lose out, despite taking on most of the risk. Most independent promoters put everything on the line for a show with no insurance if things go badly. Some venues and agencies have been supportive if an event doesn’t quite cut it, but not always and ironically, it’s the more established agencies I’ve seen that are the toughest on promoters.

The pandemic continues to cause problems and uncertainty, what’s the impact of that going forward for promoters like yourself and others?

Events promotion has and always will be a gamble with the associated stress and uncertainty around booking niche artists in a scene that’s constantly evolving, but the pandemic has taught me to play it safer on some shows moving forward, with the occasional really special, albeit risky show.

It’s hard to justify the big budget events or headsy bookings with all the uncertainty but we’ve been trying to make every show unique, memorable, and aligned with our ethos, so tickets are less dependent on the artists and more about La Rumba. 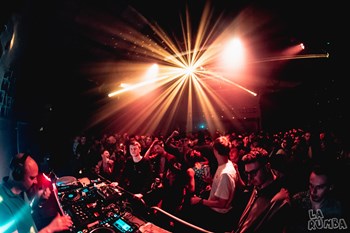 Dance music not only has the wonderful ability to reinvent itself every few years but also adapt to challenging times. The Criminal Justice Bill in the early 1990s is a good example of that. Do you think the pandemic has scarred dance music for good, or will it ultimately be a catalyst that will bring about positive changes in the scene?

It’s tough and early to say but we have to remain optimistic don’t we. People will undoubtedly question whether to carry on, but I hope the authentic promoters, artists, venues, and agents continue doing their thing.

It’s been extremely tough on everyone, but I think if people were to have a greater appreciation and more respect for each other’s roles in the industry generally, to work together to ensure we all win rather than only caring about your bottom line, this would only serve to benefit the scene.

Promoters taking on most of the risk and paying pre-pandemic level DJ fees in 2022 with no safety net isn’t sustainable and without promoters, there are no shows. We all need each other to survive. It’s going to be even tougher on up-and-coming promoters and artists but if they really love what they’re doing and find a way to make it sustainable then love will always prevail.

What one piece of advice would you give to new promoters setting out in a post-pandemic world?

Be innovative and creative, don’t try to reinvent the wheel in an oversaturated market. Develop a vision for your brand and stay true to its ethos. If you’re in this to make money from the outset, don’t bother.

With regards to your own nights, what have you got planned for the rest of 2022?

We’ve got a mix of smaller-scale, intimate shows across Sheffield and Leeds, and some larger, riskier projects we’re working on with some big names, emerging artists, and local talent which fuses elements of international club culture and the live music realm.

I’m proud to say La Rumba is back and bigger than ever after the struggles in 2020/21. We’re ready to be ambitious again with bolder, more diverse lineups, cooler concepts, and to put on a hell of a party.

Confessions of a Pirate Radio DJ

BBC Four recently broadcast a documentary hosted by London rapper Rodney P on the generation of pirate radio stations and DJs that operated in London in the 1980s. The film captured what it was like t..

Last month we wrote about the growing number of live events taking place on the web as a much needed pick-me-up for the many thousands who are unable to go out to clubs and festivals due to the ongoin..