A homage to the backroom DJ

There have been many unsung heroes in dance music history but none so greater than the humble backroom DJ. They are in among the many personalities that make up the effective running of a club, promoter, the street team handing out flyers, bar staff and security who themselves often go unnoticed. The backroom DJ plays an important part of the club make up, yet we rarely talk about them, but many are as talented if not more so than those in the 'big room' and can go on to forge big careers of their own.

The backroom DJ has similarities with their big room warm up cousins, in that it's not always a straightforward gig, and that the punters rarely come to see you play, unless you are incredible or have a lot of friends. Yet the backroom DJ has been a big part of the club scene for decades and really came into their own in the late 80s when dance music diversified into various strands. 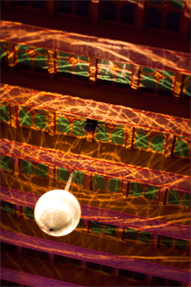 The evolution of the backroom DJ

The first time I came across a backroom DJ was in the late 80s at the seminal Jive Turkey nights at The Sheffield City Hall. In the main room hip hop went toe to toe with acid house and soul, whilst in the darkened reverberating smaller room jazz fusion was dropped to the ecstatic enthusiasm of supreme steppers from around the Midlands and North. The music and most of the crowd could not have been more different. Older, smartly dressed athletic men spun and stepped furiously to the jazz whilst in the main room various tribes got down to the more modern urban sounds.

Dance music has always had overlapping scenes, no scene just starts and stops with a whole new genre stepping in wholesale. So as hip hop nights had rare groove backrooms, raves developed a taste for ambient and chill out spaces. Throughout this whole period the backroom DJ honed their skills and created even more nights and scenes of their own. Some were backroom DJs because their music was too niche, others because a more chilled environment was needed and also on many occasions the DJ had some good records but just wasn't experienced enough for the main room. When the rave scene broke through it brought with it the advent of huge all nighters that moved to a model of several rooms, each one tracklisting a particular style. The backroom DJ was just one of many smaller room DJs on the same night playing either drum and bass, happy hardcore, hard or traditional house.

Backrooms did not always work out so well and some DJs could and can still get it horribly wrong. As with warm up DJs who forget their duty and go straight for the jugular and attempt to steal the guest DJ's thunder, backroom DJs can sometimes let their own egos take over. I remember being at the seminal London techno night Lost when in the backroom a well known chillout DJ was going through a rather abrasive drum and bass phase. The result was evident as many of the embattered clubbers sat in limbo between the two rooms trying to find a space to relax and chat.

Pros and cons of being a backroom DJ

The backroom DJ serves many functions and there are pros and cons to this particular duty. The benefits can be subtle but if it is the right environment IT can be a place where experimentation takes place, far easier than the upfront and more visible main room. The backroom can be a place where eclectic is a byword and DJs can drop tracks from a variety of genres and eras. Often backroom DJs are ones who have incredible knowledge of music but at the other end of the spectrum can be a couple of failed DJs just playing out for a bit of fun and beer money. In the backroom there is often less attention from the promoter and the club staff in general which of course offers those opportunities to experiment. On the flip side you can be more vulnerable as the audiences are in easier reach as you are unlikely to have the protection of a stage or DJ booth. I've often played backrooms and on one occasion at a very packed back room at The Bomb in Nottingham was pestered continually by one guy asking me to 'mix it up a bit more'. Despite playing hip hop, breaks, funk, disco and house I was at this one person's mercy until a couple of friends escorted him away from the easy to reach booth. Of course most DJs have experienced this at one time or another, it goes with the territory; but in the backroom you are closer to the action.

The backroom DJ can go on to great things, it is a superb testing ground for skills and music selection, there is less pressure than the warm up DJs and headliners. For some backroom DJs it truly is an easy gig as unlike the foreground sounds of the main room, the second space can often revolve around the bar and conversation. The DJ provides a soundtrack to the evening and that can be either conversation and socialising or full on dancing. For some backrooms they just mirror the main room and can build in intensity, albeit at a more mellower pace.

In praise of the second room hero

Some of the best DJ gigs I had in the 1990s where in the backrooms of clubs, such as The Bomb, NY Sushi and Hard Times among others. As with the more mellower space you can often find the older, more knowledgeable crowds keen to hear an intelligent set of tracks. Depending on the kind of night it can open up to quality conversations between the DJ and clubbing public. So whilst some backrooms are after thoughts with half baked DJs, they can be superb audio environments with knowledgeable, skillful DJs. Ones who really know their crowd and how to entertain them according to the vibe and location. Like the first real backroom DJs I came across at the Jive Turkey playing jazz almost 30 years they showed a real passion, knowledge and brought something wholly different to the party. The backroom DJ continues to do that to this day and we should recognise their skills and hard work as being an incredibly important part of dance music history.

Get your backroom music with Trackhunter on Mac, iOS or Windows